Reverend Michael Busch gave an inspirational speech to the congregation of St. Edward's parish discussing the importance of St. Michael's Cathedral to the Archdiocese of Toronto as well as its amazing history and significance in the journey of faith of the people of Toronto. The Cathedral is currently undergoing major reconstruction as it is over a hundred years old. To promote this reconstruction, and to reveal to the people of the Archdiocese the great plans for the Cathedral in the future, there will be an open house hosted at the Cathedral on Tuesday, December 8th. Father Pat has arranged for a bus to transport people down to the Cathedral that day and back. The bus leaves from the parish at 10:00 AM and will arrive back at the parish at 1:30 PM. There is no charge for the bus but all who are interested are asked to please sign up on the form at the Reception Table.

The Catholic Women's League, or CWL, will be having a meeting on Thursday the 19th of November. Preceding the meeting there will be a mass in the Church. The mass will begin at 7:00 PM and all women of the parish are invited to attend.

Spiritual Growth in the Second Half of Life

St. Edward will be hosting a free seminar in the Parish Hall every Friday in November from 1:00 - 3:00 PM. The seminar will be led by Sr. Rose Marrin, C.S.J. and is entitled "Spiritual Growth in the Second Half of Life".

The seminar seeks to help people understand how our Spiritual life continues to evolve and blossom as we grow older. Seminars will be held on the following Fridays:

Pastoral Plan of the Archdiocese of Toronto

The Archbishop has released a new plan for the Archdiocese of Toronto - see details here.

This plan seeks to identify the mission of the parish, both inward and outward. View the original announcement form from the parish here.

Below is a video of Cardinal Collins announcing the plan.

Feast of Saint Edward the Confessor 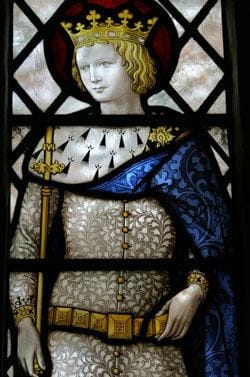 Tuesday October 13th is the feast day of Saint Edward the Confessor, patron saint of the parish. One of the earliest Kings of England, Edward III had a reign characterized by kindness and the construction of St. Peter's Abbey in Westminster, more commonly referred to as Westminster Abbey. Following the inept rule of his father, Edward brought peace and stability to England after many years of cruel abuses under foreign viking rulers. Ever a pious ruler, Edward died childless and his death led to the invasion of his cousins from France, led by William the Conqueror, who would establish an unbroken line of English monarchs from 1066 to the present day. Just a hundred years later he was canonized Saint Edward the Confessor by Pope Alexander III. Saint Edward was buried in the very abbey he built and his tomb can be visited to this day.

In honour of the feast of our patron Saint, we will be celebrating two masses on Tuesday October 13th - the first at 8:30 AM, the normal mass time on Tuesday, and another at 7:00 PM. All are welcome and refreshments will be served following both masses.